After a monthlong "cooling-off" period, a woman surnamed Li, from Chengdu, capital of Sichuan province, obtained her divorce certificate at the end of April.

Unable to divorce immediately after offering the necessary documents to civil affairs authorities, Li said she understood the need for time to cool off, as this had given her the opportunity to finally decide to go ahead with proceedings.

A new policy that took effect on Jan 1 as part of China's Civil Code, means couples must wait 30 days after submitting a divorce application. During this period, either party can withdraw the divorce petition.

If one party has second thoughts within the 30 days, the application becomes invalid and a new cooling-off period will start, meaning a couple must apply again when this period ends in order to terminate the marriage.

China is not the only country to have a cooling-off period. People seeking a divorce in other nations, including France and the United Kingdom, need to wait two weeks after submitting an application before their marriage can be ended.

Since the new policy took effect in China, Hu Xiaomin, a lawyer from Yuanshi Law Firm in Chengdu, has handled a rising number of inquiries about the cooling-off period through phone calls and visits.

The questions asked mainly center on how the cooling-off period is calculated and what should be done if the other party withdraws the application or transfers property within the 30 days.

Hu said, "Many clients, especially those born in the 1980s and 1990s, have prepared for the cooling-off period, but they turn to me for additional legal knowledge.

"Some people still wanted to end their marriage as quickly as possible, but they all accepted the fact that there is a time limit."

Hu explained why the one-month cooling-off period is widely accepted.

She said the 30 days can act as a "buffer" for couples attempting to divorce, adding that this period can be a final chance to avoid irrational separations.

"Most couples who are strongly determined to separate, and who have no disagreements about child custody and property allocation, actually don't mind waiting another month," she said. "Those who have difficulty in reaching agreement go to court for litigation."

In late March, Li, the Chengdu woman, who is in her 50s, visited Hu to seek advice, even though she had already filed a divorce application and had no problems with her partner concerning child care and property allocation.

"However, she lost her temper at the time, repeatedly saying she had become fed up with a life filled with arguments, but also complaining about her anger with her husband," Hu said.

"She also used bad language when referring to 'the other woman' involved in the case, telling me she wanted her husband to lose his reputation and account for his misconduct."

Recalling Li's irrational and emotional state, Hu, also a mediator and marriage mentor with considerable experience of resolving domestic conflicts in Chengdu, said it was understandable, adding that it is not uncommon to see such behavior among older clients seeking a divorce.

"Many of them, including Li, find it hard or are reluctant to end their marriages and family life, into which they have put decades of effort. They cannot help pouring out their bitterness, and they also experience mood swings when the day finally comes to end their marital relationship," Hu said.

During the cooling-off period, Li asked Hu for help about 10 times. "After getting the divorce certificate, she told me the new policy was necessary, as it gave her the time to address her mood swings and end the marriage in a decent manner, instead of chaotically," Hu said.

She added that domestic disputes are best resolved rationally and peacefully, otherwise they may deepen and even result in incidents such as violence.

"The cooling-off period does not mean stifling marital freedom. The aim is to make couples think twice before divorce, and to prevent irrational or impulsive separations," Hu said.

After the policy took effect, China witnessed a historically low number of divorces in the first quarter of this year.

However, Guo Rui, who works for Lyu Yuan, an institution working with the civil affairs bureau in Xicheng district, Beijing, that provides legal and psychological services relating to marriage, is not overly optimistic about such a decline.

From January to March, 296,000 couples were divorced in China, a 72 percent drop compared with the fourth quarter of last year and nearly a 52 percent fall year-on-year, according to Ministry of Civil Affairs data published last month.

Before the national statistics were released, dozens of cities, including Hangzhou, capital of Zhejiang province, and Nanchang, the Jiangxi provincial capital, issued their own data, which showed similar decreases.

Some media reports viewed the decline in the number of divorces nationally as a success in slowing marital terminations, but Guo said it is too early to draw such a conclusion.

"The decrease might be connected with the cooling-off period, but there's no hard evidence to prove it resulted from the policy, as such cases in the first three months of this year should include those separating through litigation," said Guo, whose institute also helps elderly residents protect their rights.

The policy is only applicable to couples who agree to end a marriage, not to all situations. Some extreme cases, including domestic violence, family abuse and drug use, are excluded from the policy. Parties in such circumstances can sue for divorce in court.

Guo said further research and observations are needed to gauge the policy's impact on the divorce rate.

Hu, from the Yuanshi Law Firm, agreed. She said some couples, such as those applying for divorce in March but finally getting certificates in April, might not have been included in the figures.

Shen Xu, from Brighten Youth Up, a research institute in Shaanxi province for children's education and development, said some couples successfully divorce after 30 days. However, other applicants become anxious, being held back by partners who change their mind or even deliberately delay a divorce.

"Put simply, the cooling-off period is making divorce more open to doubt and subject to change," she said.

Shen used a couple she met after the policy was introduced as an example.

"We found that the woman had tried to ask her husband for extra money or to obtain a bigger percentage of mutual property in exchange for agreeing to divorce and allowing him custody of their child," Shen said.

Such additional requests during the cooling-off period increase the uncertainty of divorce, which might further affect the couple and their child, she added.

Chen Meigui, a social worker from Sanming, Fujian province, who conducts family-related surveys and mediates in domestic disputes, said she is also concerned about the policy, adding that questions relating to it need to be answered as soon as possible.

"First, it's vital to determine the exact relationship between the couple during this period," she said.

"Second, if one party finds that the other has borrowed a large sum of money during the 30 days, the action that can be taken needs to be clarified, along with whether the loan is a joint property."

Chen said there is a need to prevent people taking advantage of the cooling-off period to inflict additional worries on their partner.

"For instance, the conditions under which couples who apply for divorce can be granted an immediate separation should be listed promptly," she added.

Shen, from Brighten Youth Up, said although some couples drop divorce proceedings during the cooling-off period, or do not visit civil affairs departments until their applications have become invalid, this does not mean problematic marital relationships have been resolved.

She said more attention needs to be paid to marriage counseling nationwide, not just in the 30-day period, but also during or even before a marriage.

"Only when couples determine the reasons for their unhappiness and work out how to get along with each other, will they have a better marital relationship," she added.

When Hu, the Chengdu lawyer, speaks to couples seeking a divorce or experiencing a crisis in their marriage, she first tries to get both parties to calm down and voice their true feelings about the relationship.

"People can become 'lost' in a marriage or find it hard to see clearly what the real problem is when they're too emotional," she said. "After listening to the views of both sides, I determine whether the marriage is suffering or already over, providing both psychological and legal help."

Guo, from the Lyu Yuan institution, said, "Providing mediation and mentoring is necessary to ensure family stability and social order."

China should step up efforts to promote such services and ensure they are fully available in communities, Guo added. 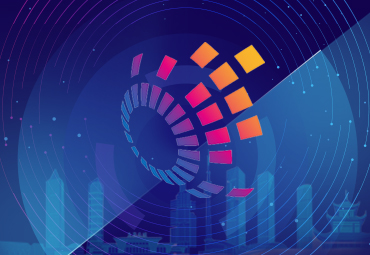 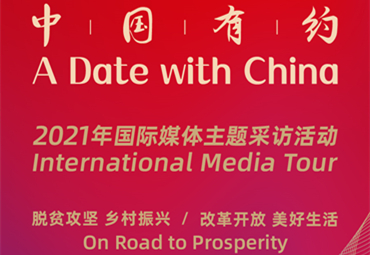