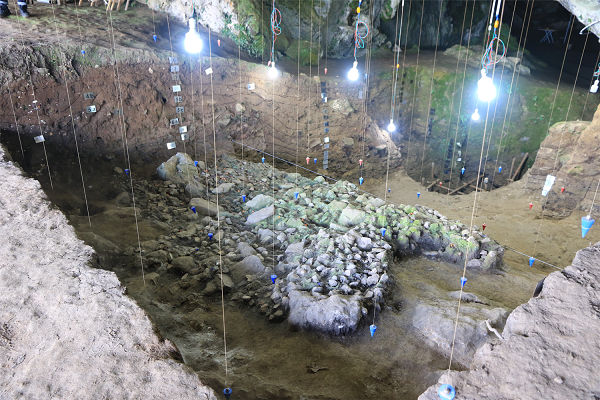 The excavation area of the Zhaoguodong cave site. [Photo provided to China Daily]

"It could also be a good chance to promote archaeology to the public if a museum or heritage site park is to be established," Zhang says. "The public often consider there is not so much to see at a cave site compared with the stunning artifacts present at other archaeological sites. But if its stories showing the long history of human settlement can be vividly told, its significance can be better understood."

Similar discoveries nearby once enjoyed widespread attention, such as the Niupodong cave, which dates back 15,000 years. Also located in Guian New Area, Niupodong was listed among the Top 10 New Archaeological Discoveries in 2016. In Zhang's eyes, the pair complement each other in portraying a continuous picture of thousands of years of human activity in the area.

Wang Jin contributed to this story.