The high-speed train G1376 debuted on Oct 11 sporting a livery which promotes Guiyang's image as China's digital valley. It is the first time that Guiyang has used trains for publicity.

The train departed from Kunming in Southwest China's Yunnan province and travelled to Shanghai, with stops in Guiyang, Changsha, Nanchang and Hangzhou.

The design, which can be seen on both the inside and outside of the train, shows Guiyang's landmarks such as Jiaxiu Tower, Hyatt Regency Guiyang, Guiyang World Trade Center and Guiyang Olympic Sports Center.

It aims to show Guiyang's historical development and its advantages in the big data industry, tourism industry and the environment.

Statistics showed that during the holiday, 14.38 million trips were made to Guiyang, contributing a tourism revenue of 10.63 billion yuan ($1.58 billion). 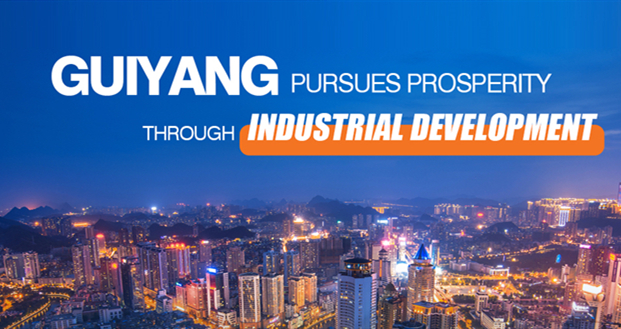