The English websites of the Guiyang government (http://english.guiyang.gov.cn) were officially launched on Dec 30, serving as the authoritative platform for the city to release government information and provide services for visitors.

Consisting of 34 websites of government organs in Guiyang, the platform is comprised of a variety of information regarding tourism, employment, commerce, trade, and living in the city that is commonly known as China's Data Valley. Its first launching group is made up of eight city-level departments, 10 districts, county-level cities, and counties, as well as four development zones.

Located in the east of the Yunnan-Guizhou Plateau, Guiyang is an important hub of transportation, industry, commerce, and tourism in the western part of China. In addition to being the capital of Guizhou province, it is also the country's first forest city and first circular economy pilot city.

By actively taking part in the construction of the Belt and Road Initiative and the New International Land-Sea Trade Corridor, the city is also on a fast development track toward being China's inland opening-up pilot zone, an influential global metropolis, as well as a medium and high-end consumption goods trade city and manufacturing city.

Equipped with the English websites, Guiyang is expected to bolster their international exchanges and cooperation, further its openness to domestic and overseas places, as well as develop its "Cool Guiyang" calling on a wider scope. 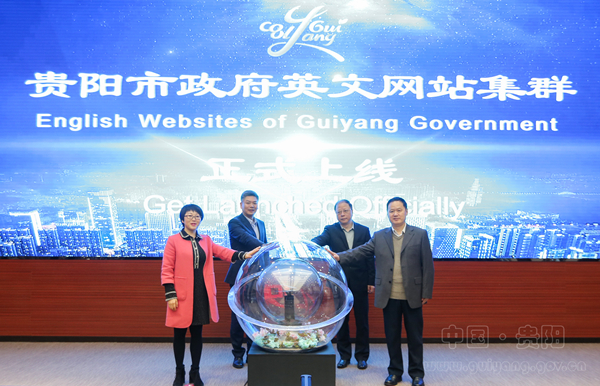 The launching ceremony of the English websites of Guiyang government 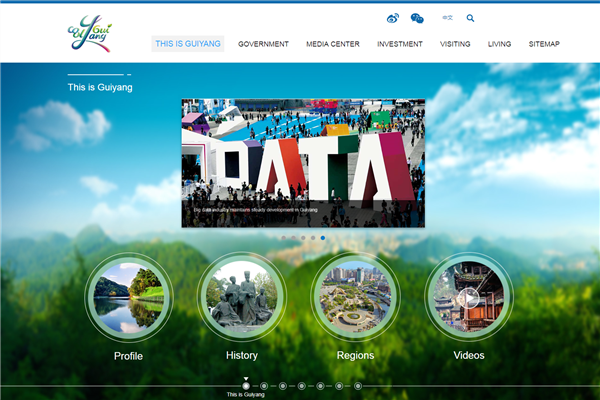 The front page of the websites of the Guiyang government 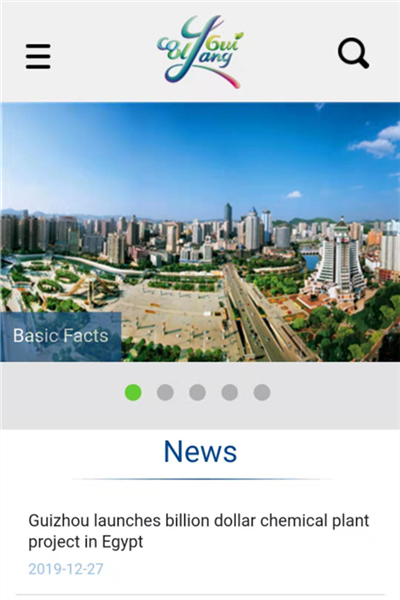