Environmental protection was boosted in the city of Guiyang. All water from centralized drinking water sources stably met standards, and 93.75 percent of the national and provincial water-quality monitoring sections in the city's major river system was rated as good or excellent. The concentrations of the six major pollutants, including fine particulate matter (PM2.5), were all lower than national Class-2 standards; and days with good air quality accounted for 97.8 percent of the year, which was 2.7 percentage points higher than in 2017. Guiyang ranked 11th among the 169 prioritized cities in atmospheric pollution control. Forest coverage reached 52 percent, 3.34 percentage points higher than in 2017. 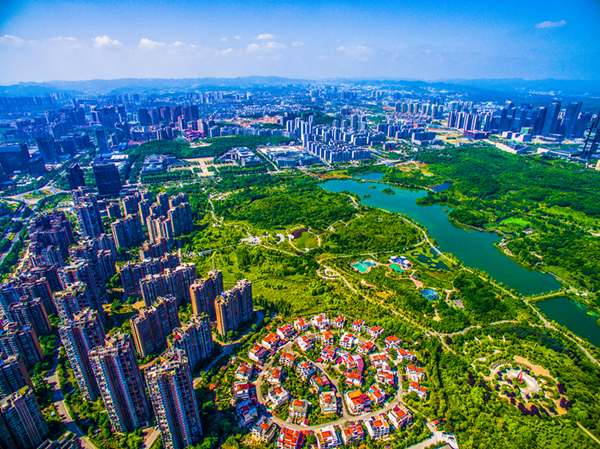