Guiyang on fast track of economic upgrading and transformation

The transition from old to new growth drivers picked up pace in Guiyang, capital of Southwest China's Guizhou province in 2018. Added value of the new economy accounted for 21 percent of the city's GDP, up two percentage points from 2017, and the big data and real economy integration index reached 45.3. The input in research and experimental development rose to account for 1.7 percent of the city's GDP, and technological advancement contributed 61 percent to economic growth, up 0.36 and 0.67 percentage points respectively from the previous year. 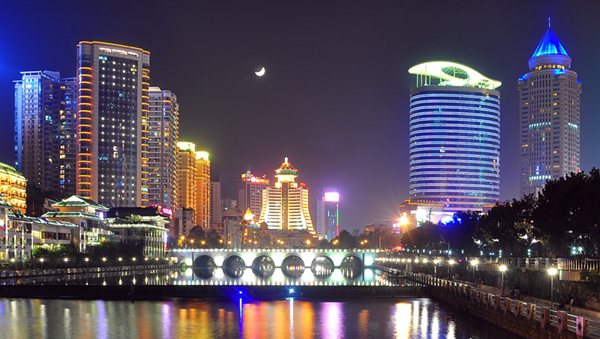