Since ancient times, Huaxi District has been a multi-ethnic area, where a variety of cultures collide and blend with each other, creating a rich ethnic cultural heritage. Huaxi Dazhai local opera (aka Dixi) was mainly introduced from Pingba in Anshun, Guizhou Province and has a long developmental history. 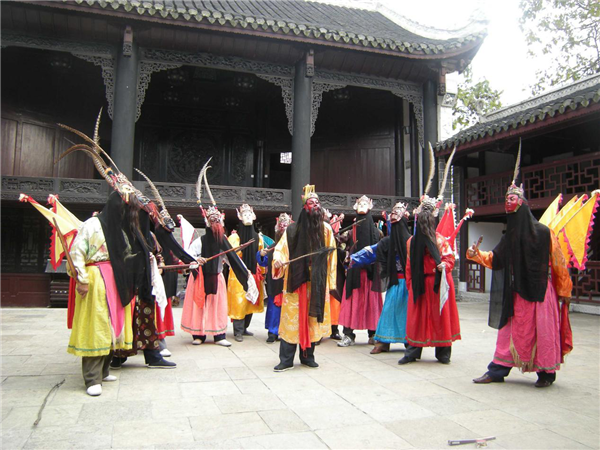 Huaxi Dazhai local opera is famous for singing about "Yang Liulang three times going downward to Hedong, and his multiple military movements in Hedong". Drum drills are held on the fifth day of the first Chinese lunar month every year. On the fifteenth day of the first lunar month, opera performances are staged in public. On the sixteenth day of the first lunar month, field performance tours are held, and usually village performance tours are held once every five to ten years. Major procedures of the performance include cabinet-opening, a consecration ceremony, drum opening, debuts (appearing on the stage), a main performance, and makeup removal.  Cabinet opening: Opening of the cabinets by the local opera lead performer, with his hands washed, accompanied by the burning of incense and paper, and lighting of candles. The local opera facial makeup is removed from the cabinets with great respect. Consecration ceremony: The elder of the local opera troupe carries a bowl of divine water in his left hand, holds a red sign in his right hand, turns around the table, recites a blessing, dips the red sign in the divine water, and raises the divine water to the masks placed on the table for consecration. Drum-opening ceremony: After the opening ceremony, one person begins to beat the drum to show that the actors are about to appear and begin their performances. Debut (appearing on the stage): After the drum-opening ceremony, all the performers, armed with weapons and well-prepared, come out of the gates and start to dance amid the sound of firecrackers. Performance: The performers, wearing masks and black veils, with small flags on their back and swords and spears and other weapons in their hands, sing, echo, dance, and fight with each other amid the clangorous sound of gongs and drum beats, creating a warm and joyful scene. The masks of the commander-in-chief and the general are decorated with a pair of five-foot feathers; on their backs there are five triangle flags, and both are armed with weapons. The movements performed are both powerful and graceful, and fighting is accompanied with dancing; singing can be divided into seven and ten character sentences, with the main general singing and multiple officers echoing his song; martial arts actions mainly include kicking with legs, fighting with double swords, a pair of bows and arrows, or two sticks, and waving the swords in all directions, creating a dignified and solemn atmosphere. Makeup removal: After the whole performance, all performers go to the riverside to remove their makeup. 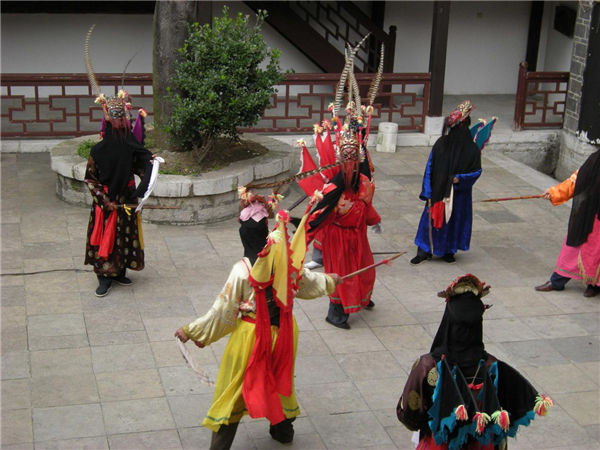 The repertoire of Huaxi Dazhai local opera mainly depicts Yang Liulang, a famous general of the Yang family in the Song Dynasty, going downward three times to Hedong, and his multiple military movements in Hedong. It praises Yang's patriotic spirit of serving the country faithfully and his heroic, brave and courageous nationalist spirit. Procedures of the whole performance are composed of cabinet-opening, a consecration ceremony, drum-opening, debut (appearing on the stage), main performance, and makeup removal. There is a total of more than 30 performers, ranging in age from 20-odd-years to 70-odd-years, with 30-50-year-olds forming the majority. Five songbooks with a total of more than 150,000 words have been saved. 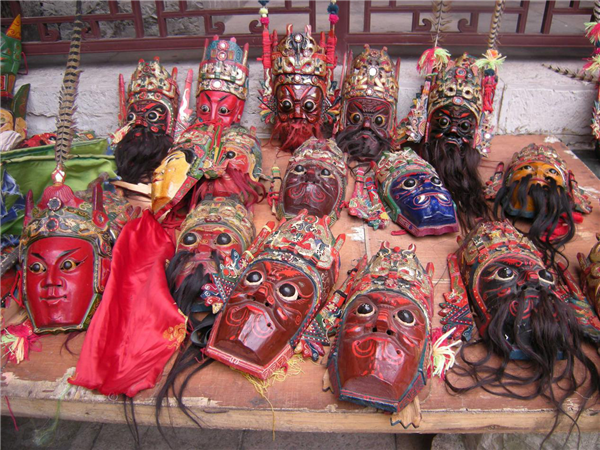 During the first Chinese lunar month, every time Huaxi Dazhai local opera is performed tens of thousands of people come to watch it and celebrate the Lantern Festival, which not only enriches their spiritual and cultural life but also has very important value and significance for the study of the military, historical and cultural development of the Song Dynasty.