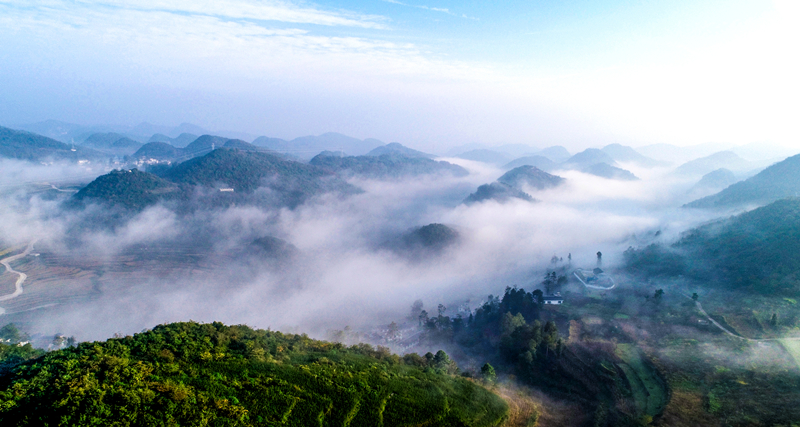 Xifeng county, located at the east longitude 106°27' - 106°53' and the north latitude 26°57' - 27°19', is located in northern Guiyang, which sits in the center of Guizhou province. The county has Kaiyang county in the east, Xiuwen county in the north, and Zunyi city in the northwest.

As the city's only district listed among the 30 national red tourism elite programs and the first batch of 100 red tourism attractions, Xifeng enjoys abundant tourism resources in red tourism, hot springs, forests and rural attractions. In addition to two national red tourism attractions - Xifeng Concentration Camp Memorial Hall and Xifeng Wujiang Gorge - it offers cultural tourism destinations such as the National Women Education Base, Baozi Village of Yanglongsi Town - the place of origination of women culture in China - and scenic spots such as the meteorite crater in Tuanyuan Mountain and a dinosaur fossil reserve; Xiwang Mountain, which is known as the First Mountain of Southern Buddhism in Southwest China, and Duobin Cave, which is the largest underground corridor in Asia. A travel image featuring "Red Tourism and Hot Springs" has been created. Known for having unique resources in potable, radon-bearing, and physiotherapeutic hot springs, there are more than 10 proven spots with an outgoing water temperature above 45 Celsius degrees within its jurisdiction. With a long history of over 70 years in hot spring development and management, Xifeng is home to one of China's Eight Hot Springs, known as the "Top Hot Spring in the Divine Land".