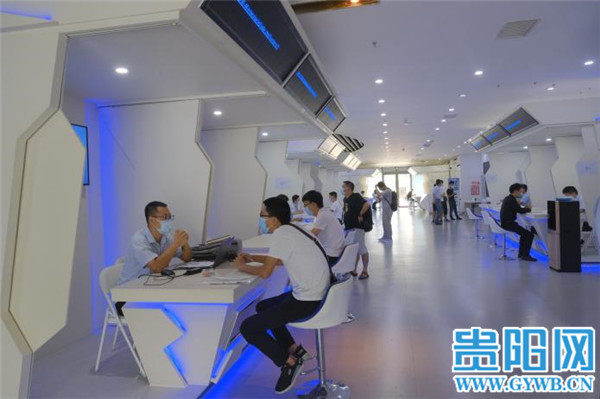 A total of 250 job positions were provided at the three-day jobs fair.

Officials said that in order to help the fight against poverty, the zone launched counterparty employment assistance with Guiyang BYD, specially providing more than 40 jobs for poor households. Officials said priority will be given to those who meet the recruitment requirements.

The recruitment fair accepted the online delivery of resumes and more than 600 resumes were received as soon as the recruitment information was sent out, officials said.

After preliminary screening, qualified job seekers will then be informed where to go for an interview and some special job positions will involve video interviews with BYD's headquarters in Shenzhen city, in South China's Guangdong province.

It covers an area of 680 mu (45.33 hectares), with a planned investment of 5 billion yuan ($732.5 million) and an annual output value of more than 10 billion yuan after completion, officials said.