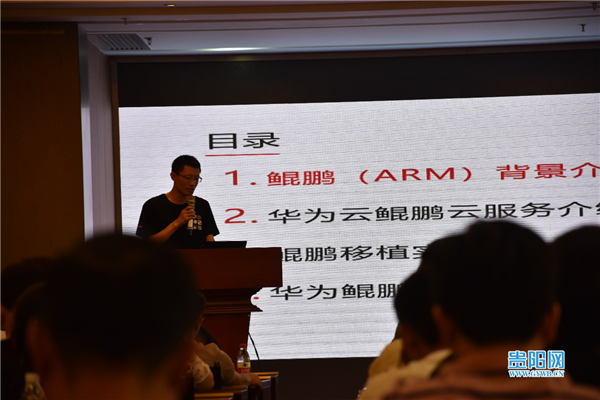 A tech expert from Huawei gives advice to Guiyang entrepreneurs at a recent conference in the Guiyang HIDZ. [Photo/gywb.cn]

According to Guiyang HIDZ officials, since it settled in the zone in May 2018, Huawei software development cloud platform has provided cloud services to 283 local enterprises and five universities in total.

They said that on average, it has solved more than 150 technical problems. It has been involved in server application deployments, server security configurations, intelligent computing and network security, among other things.

In addition, more than 30 events -- including technology sharing fairs, tech conferences and commercial matchmaking services have been held. Officials said more than 1,900 enterprises and more than 5,450 people participated in related activities.