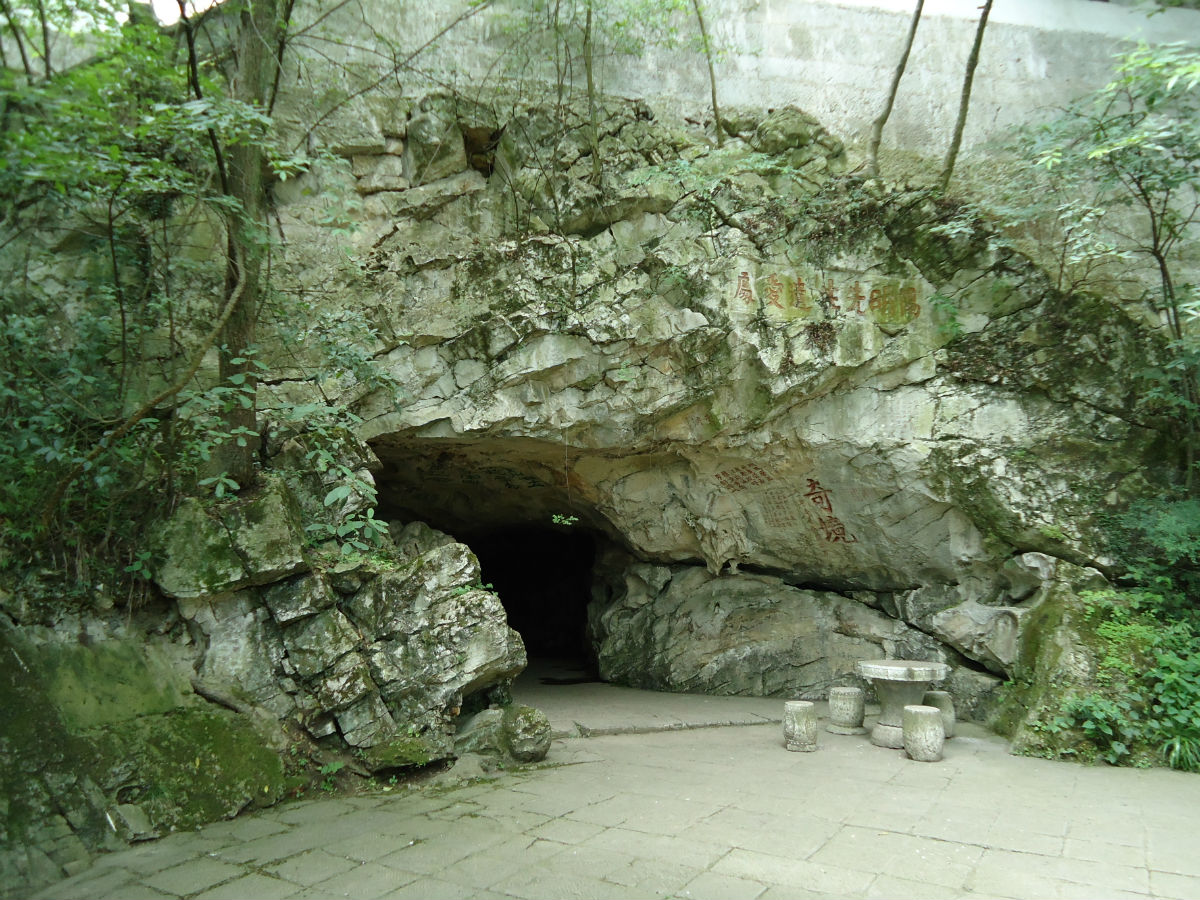 Located in the northeast of Xiuwen County, Yangming Cave is one of eight scenic spots in Guiyang. It was the place where the Ming Dynasty thinker, philosopher and educator Wang Yangming studied and lectured. As the place of origin of Yangming culture, it is known as the first philosophical cave in China. In 2006, it was listed as a national key cultural relic under state protection.

Yangming Cave is also known as East Cave. The entrance to the cave is covered with green moss and dense vines. But when you go furtherin, the cave becomes spacious and bright, leading to the back mountainwhere there are condensed stalactites on the walls. An inscription,"Mr. Yang Ming's Residence", carved by An Guoheng, an officer in the Ming Dynasty, is at the entrance. There are also inscriptions reading"Yangming's Cave" carved by Luo Rufang, who lived in the Ming Dynasty, on the right side and"Wonderland" carved by Pang Lin, who lived in the Qing Dynasty, is on the left.

Outside the cave is a courtyard with a length of 12 meters and a width of 9 meters. The rock step is surrounded by bluestone railings. In the south of the courtyard and on both sides of the stone steps, there are two towering cypresses, which were planted by Wang Yangming himself. The Junzi Pavilion built on the stone rock is a hexagonal Qing Dynasty building with double eaves and a pyramidal roof. On the northeastern rock of the pavilion, there is an inscription of Wang Yangming's "On Junzi Pavilion" by He Changling who lived in the Qing Dynasty. 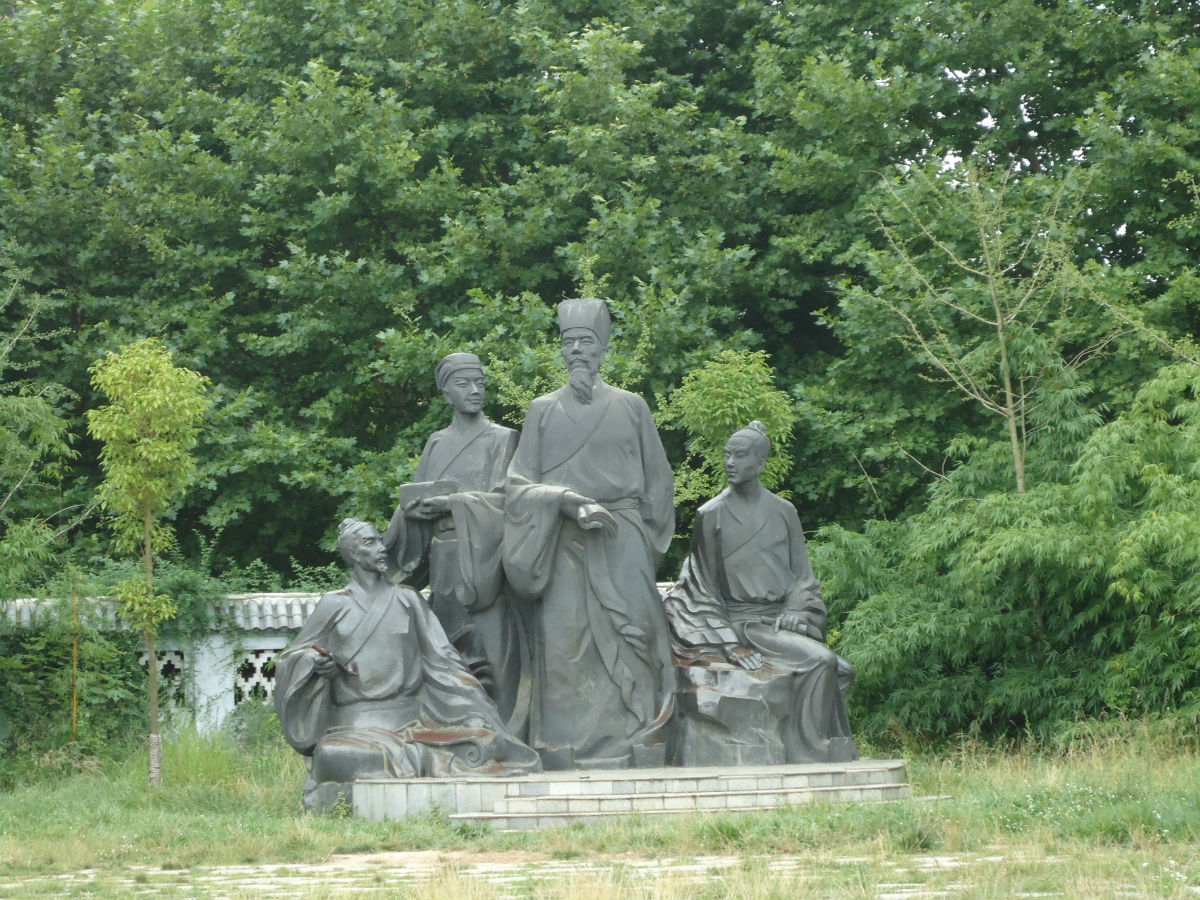 In Yangming Cave, there are ancient buildings such as the Longgang Academy (Qing), Helou Pavilion, Junzi Pavilion, Binyang Hall and inscriptions carved by famous figures such as Chiang Kai-shek. It was the earliest site of captivity of Zhang Xueliang, a patriotic general. The Zhang Xueliang Exhibition Hall contains the best-preserved ruins of Wang Yangming and Zhang Xueliang. With intact buildings and deep cultural connotations, it has been listed as a provincial-level patriotism education base.

There are many holes and stones in the cave, forming a wonderful scenery. With ancient trees, green cypresses, beautiful pavilions, and elegant scenery, it is the ideal place to contemplate and cultivate moral character.