In the 10 years since the first Eco Forum Global Annual Conference was held, Guiyang and the rest of Guizhou province have been promoting green development and taking measures to build an ecological civilization.

President Xi Jinping, who pays special attention to ecological progress, including that of Guizhou, has asked us to uphold the bottom lines of both development and ecology. President Xi sent two congratulatory letters to the forum in 2013 and 2018, and during his visit to Guizhou on the eve of this year's Spring Festival, he approved the province's ecological civilization work, giving a new direction and setting a new mission for the future.

Guiyang's cumulative economic growth rate over the past 10 years is 284.3 percent, and economic aggregate 431.165 billion yuan ($66.623 billion), making it the provincial capital city with the highest GDP growth rate. In Guiyang, ecological protection and economic development are complementary. In terms of air quality, Guiyang ranked 10th among 168 key Chinese mainland cities and fourth among provincial capitals in 2020, opening a win-win path for economic development and ecological improvement.

We have also enhanced upstream awareness among people and built a strong green barrier along rivers. Located in the upstream of the Yangtze River and the Pearl River, Guiyang and Gui'an give top priority to ecology and green development, and has been making great efforts to better protect the environment. For instance, during the 13th Five-Year Plan (2016-20) period, the city authorities built 24 sewage treatment plants, and increased the daily sewage treatment capacity by 995,800 tons, ensuring untreated wastewater does not flow into the rivers.

Besides, thanks to the local authorities, the quality of water in rivers and lakes that are sources of drinking water has reached the required 100 percent mark. The city authorities have also greened and landscaped 230 hilltops, expanded the forest cover rate to 55 percent, built 1,025 parks of various types, ensuring people, no matter where they are in this area, can see green cover within 300 meters and a garden at every 500 meters. In fact, green is now the color of Guiyang residents' happy life.

We have been taking concerted measures to develop green industries, build parks, and promote green consumption, in order to transform production and consumption patterns. New energy, new materials and new industries have developed by leaps and bounds in Guiyang, with the green economy accounting for 46 percent of the city's GDP－prefabricated buildings accounting for 20 percent of the new buildings and new-energy buses comprising about 47 percent of all public buses.

Apart from enhancing awareness about reform, we have also made greater efforts to develop green finance and achieve breakthroughs in innovation, making good use of the Gui'an New Area as the National Green Finance Reform and Innovation Pilot Zone, and established a green finance project database, while achieving a green credit scale of more than 190 billion yuan.

Moreover, Guiyang has used big data to full advantage and set up an ecological environment management system, while taking the lead in forming a complete legal system for ecological protection, and issuing the first local law and regulation in China to promote ecological civilization, which has greatly promoted low-carbon development.

Taking measures to better safeguard ecological security, we have also succeeded in eliminating many risks and hidden dangers, further promoted the "river chief" and "forest chief" systems, more strictly enforced polluted water- and waste-treatment laws. As a result, there has been a sharp drop in illegal activities and drastic increase in resolving outstanding ecological and environmental issues related to the vital interests of the people.

Standing at a new historical starting point, we will strive to achieve high-quality development and make new achievements in the construction of an ecological civilization.

First, we will promote a macro-ecological strategy, and take measures to prevent and control pollution, ensure different departments coordinate to better protect and restore the beauty and functionality of mountains, rivers, forests, farmlands, grasslands and lakes, consolidate our achievements in building a "City of a Thousand Gardens", and ensure the forest coverage rate stays above 55 percent and air quality is excellent.

Second, we will contribute to the country's efforts to peak carbon emissions before 2030－by reducing the use of fossil fuels and conducting trials of coordinated measures to control greenhouse gas emissions－and achieve carbon neutrality before 2060－by increasing the use of clean and renewable energy, and green and smart technology, promoting market-based carbon trading, and adhering to an intensive, economic, low-carbon and circular development model.

Third, we will endeavor to build a green economic system. Using the green development concept, we will implement across-the-board green planning, green design, green investment, green construction, green production, green circulation, and green consumption to pursue development based on the efficient use of resources and strict ecological and environmental protection norms, and establish an economic system of green, low-carbon and circular development to ensure the added value of the green economy accounts for at least 50 percent of GDP. 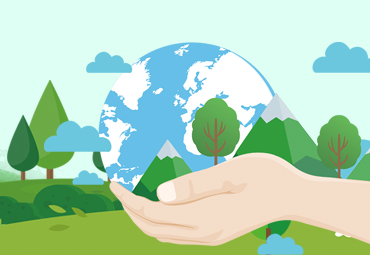 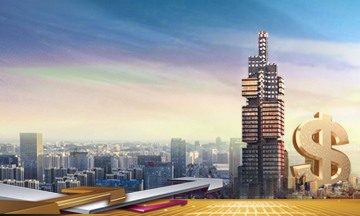