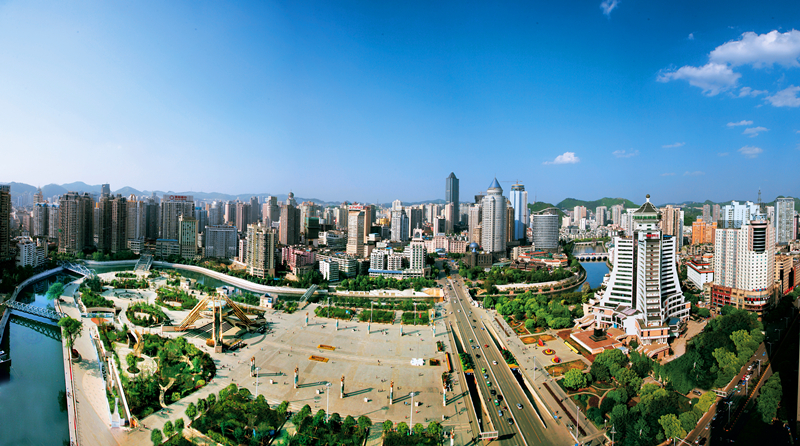 Guiyang, the capital of Guizhou province in southwestern China, is located in the eastern part of the Yunnan-Guizhou plateau.

The city of Guiyang maintains its steady and fast economic growth with the support of a new model of industrial system featuring big data, modern agriculture, automotive manufacturing, service and high-tech industries. The government seeks to boost the local economy through innovation.