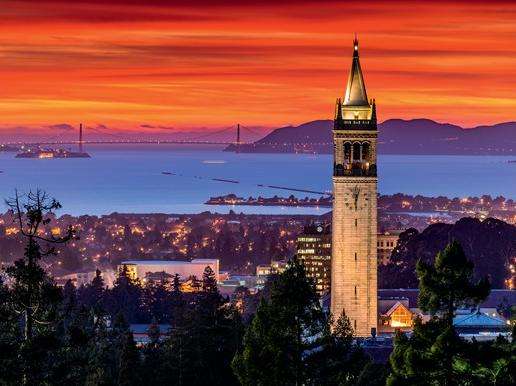 Founded in 1909, Berkeley covers an area of around 46 square kilometers with a population of more than 120,000. It was a pastureland during the gold rush at the beginning of 1850. In 1864, University of California moved here and now the city, with a population of 120,000, has become a famed college town similar to Oxford and Cambridge. Exuding cultural richness, Berkeley is also a city of exclusive residential estates. Besides science and technology, culture and education, Berkeley has also developed machinery manufacturing, chemistry, food processing (concentrated food) and other industries.